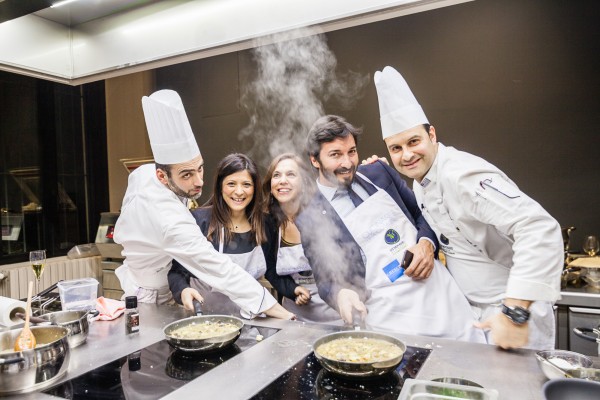 Organized by the Greek National Tourism Office (GNTO) office in Italy, Eden Viaggi and Aldermar Hotels, foodies and travel lovers were treated to the wonders of Greek cuisine in cooking happenings held in Milan, Bologna, Pesaro, Rome, Florence and Torino.

The traditional dishes, imaginatively reworked, offered writers, bloggers and tourism professionals a taste of the Greek wining and dining experience, highlighting in the process the seasonality of Greek cuisine and eating habits as well as the country’s culture and traditions.

“In this way, we introduced Greek gastronomy as a tourism product to Italy,” head of the Italy GNTO office, Kyriaki Boulasidou, said.

“In the meantime, guests are thrilled to participate in the preparation process of the Greek menu,” she added. 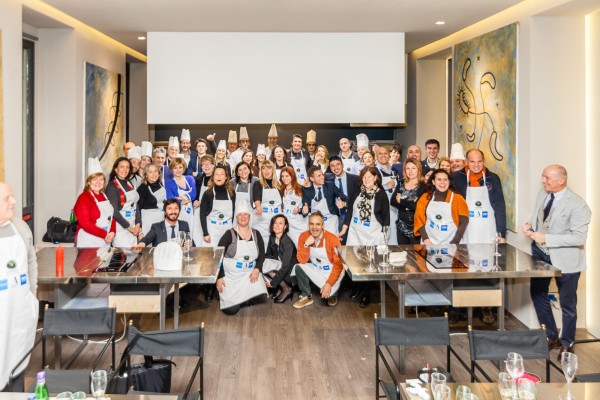 Aldemar Resorts, in collaboration with the GNTO and Greek producers and tour operators aims through the travelling “Sympossio-Greek Gourmet Touring” interactive experience to boost Greece’s image and establish favorable conditions for growth through the country’s culinary culture, products and services.

Greek Employee Bodies Join Forces for Equality in the Workplace

‘We Do Local’ Joins Forces with Wines of Crete