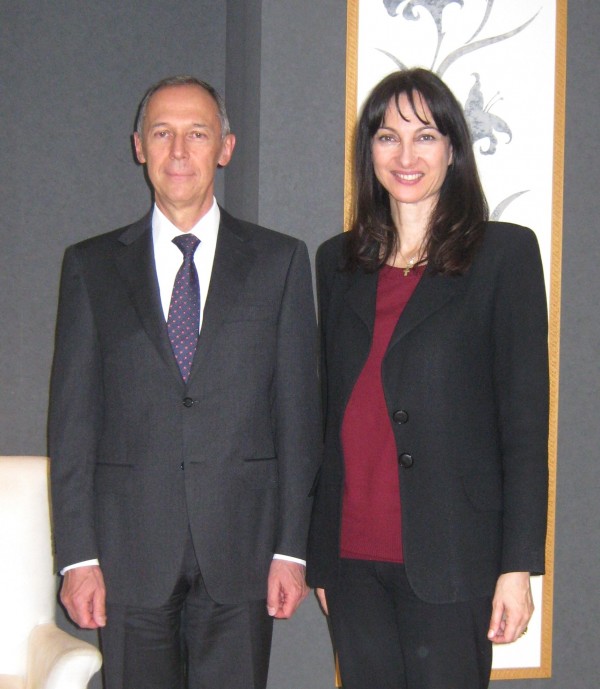 Alternate Tourism Minister Elena Kountoura with the Ambassador of the Russian Federation to Greece, Andrey Maslov.

Alternate Tourism Minister Elena Kountoura met in Athens, with the Ambassador of the Russian Federation to Greece, Andrey Maslov, on Monday, to discuss the further enhancement of tourism relations between the two countries.

In the last few years, Russian tourists have flocked to Greece, and Crete in particular, contributing in large part to the country’s tourism revenue.

ITB 2015: Greece Tourism Investment On the Up