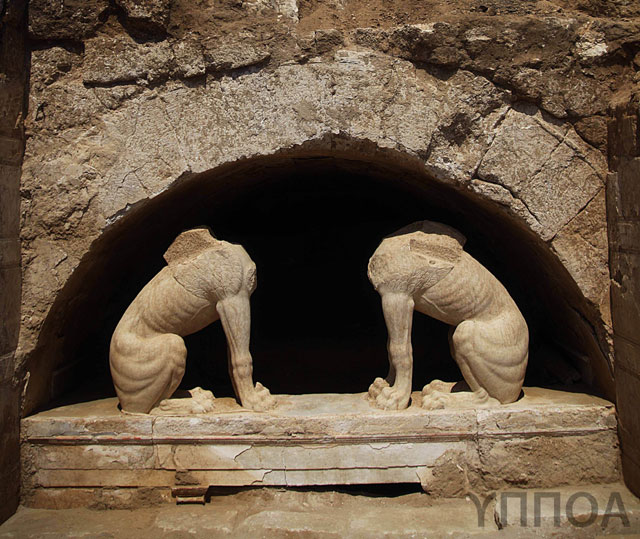 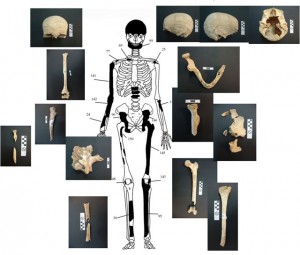 The remains of one of the skeletons discovered in the Amphipolis tomb.

“We need to focus on the monument, not the bones,” Katerina Peristeri, archaeologist leading the excavation works at the Amphipolis tomb in northern Greece, told Greek daily Real News.

In the latest developments concerning the identity of the person buried at Amphipolis, which has had the world on edge since August 2014, Peristeri said the skeletal remains were not of primary importance.

“The skeletons are meaningless, they throw off the research… you cannot reach many conclusions. The looters had ravaged everything… and then, if indeed it was someone of high standing, they may have even taken him,” she said in a recent interview.

The skeletal remains were excavated last year under difficult circumstances and transferred with great care so as to undergo lab tests. Experts were expected to announce the sex and age of the person buried there this year. According to archaeologists’ initial announcements it was the grave of a high-ranking Macedonian official.

“The skeletons may be remnants of sacrifices, they may even come from looters. Besides, the skeletal material was not all found in one spot. ”

The vast grave in northeastern Greece, which dates back to Alexander the Great’s era, revealed skeletal remains and human depictions.

At the time of print, the culture ministry had not made any announcements.