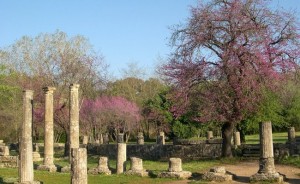 As of April 1, 46 major museums and archaeological sites in Greece will extend opening hours to better cater to the needs of incoming tourists.

The museums and sites, selected based on popularity and visitation figures, will be open between 8am and 8pm.

The measure, which was introduced with parallel events last year at 33 museums and sites, saw an increase in visitors and revenue. According to National Statistical Service figures cited by Greek daily Kathimerini, in the January-September 2014 period, a 23.55 percent increase in the number of visitors was recorded at 38 sites, a total of 8,947,790 visitors in the first nine months of 2014 compared to 7,242,322 in 2013.

Catholic Easter on April 5 is expected to bring tourists to Greece much earlier than the official launch of the summer tourism season, which will require the government to ensure employees are in their place on April 1.