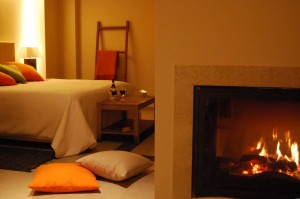 Greece was among the countries that contributed to Southern Europe’s occupancy growth last month, according to data released on Wednesday by STR Global on the European hotel industry for January 2015.

“From an occupancy perspective, Southern Europe has had continued growth (5.3 percent), driven by recovery from countries such as Greece, Malta, Portugal and Spain,” said Elizabeth Winkle, managing director of STR Global.

More into the data, Northern Europe carried on its performance as it finished last year as the sub region driving the most growth, predominantly from rate, as January ADR (average daily rate) growth was in double digits at 12.3 percent in euros.

According to STR Global, Western Europe reported a positive performance, achieving RevPAR (revenue per available room) growth of 4.0 percent. The sub region has had the highest RevPAR in Europe at 63.45 euros.

Meanwhile, Eastern Europe sustained weaker hotel performance into 2015, with declines of 7.6 percent in RevPAR. Despite the 5 percent occupancy growth, overall performance dropped due to rates.

Among the highlights from key market performers for January 2015, Lisbon, Portugal, recorded the highest occupancy increase (+16.9 percent to 49.8 percent). Budapest, Hungary, followed with a 15.1-percent increase to 47.8 percent and also experienced the largest RevPAR increase during the month (+31.0 percent to 31.40 euros).

STR Global underlined that the United Kingdom had an “incredible start to 2015”, achieving the strongest performance for the month of January in six years, with the highest actuals in all three key performance measurements in local currency terms: RevPAR increased by 9.4 percent to GBP48.74 and occupancy also grew by a respectable 4.3 percent to 62.9 percent.