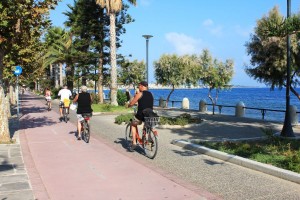 Bookings from Germany to Greek destinations have shown a 10 percent increase at present, according to the German Travel Association (DRV).

Citing data from market researcher GfK, Mr. Fiebig said that bookings for summer 2015 holidays in German travel agencies have increased by some five percent as of end-January.

According to FVW’s report, trends for different destinations vary widely. Egypt is selling strongly with a 40 percent increase at present, Greece (+10 percent), Majorca (+4 percent) and cruises are also all selling well. In contrast, bookings are down for the Canary Islands, Turkey, domestic holidays in Germany and overland destinations in neighbouring countries.