The privatization of regional airports as well as of the Piraeus port will move ahead as scheduled, the Greek finance ministry said in a document it sent to the Eurogroup on Monday.

According the list of economic reforms sent to eurozone finance ministers, all projects with finalized bids by the country’s state privatization fund (TAIPED / HRADF) will proceed as planned. 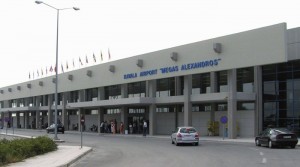 These projects include the 1.2 billion euro concession of 14 regional airports with main player German operator Fraport, the eight-billion-euro project to develop Hellenikon, Athens’ former airport complex, into a metropolitan park (Lamda Development), as well as the sale of the country’s main Piraeus port. Chinese shipping giant Cosco, which has managed the port’s two central container terminals since 2008, is said to be offering approximately 800 million euros. The deadline for offers is set at the end of March.

As stated in the finance ministry document, “in the case the tender has already been launched, the government will respect the process, according to the law”. However, privatizations that have not yet started will be reconsidered by the government, “to improve conditions and maximize the long-term benefits to the public, increase revenue, enhance competition in local economies, restore the national economy and enhance long-term growth prospects”.