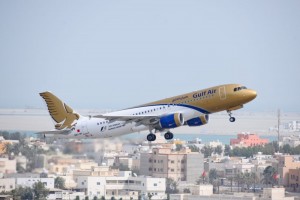 Gulf Air, the national carrier of the Kingdom of Bahrain, on Saturday announced a time-limited offer giving passengers travelling to Greece the opportunity to fly onwards from Athens International Airport to 14 Greek destinations for free.

Valid until April 30, the offer gives passengers the opportunity to avail of complimentary onward domestic travel via the Greek carrier, Aegean Airlines, to popular tourist destinations such as Santorini and Corfu when booking and flying with Gulf Air to Athens.

“Gulf Air’s service to Athens has proved popular for travellers from Bahrain and across the GCC and MENA region and we hope that this offer to facilitate onwards travel within Greece will give travellers greater opportunities to see all that this country has to offer from nature, culture and heritage,” Gulf Air’s Acting Chief Commercial Officer Ahmed Janahi said in an announcement.