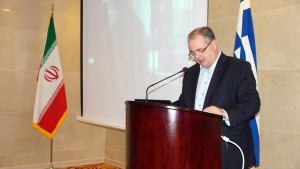 Iranian airline Mahan Air will operate two flights a week between Athens and Tehran in May and is also considering the launch of direct flights to Crete and Thessaloniki.

The announcement followed the first Greek Tourism Workshop that took place in Tehran on February 16 and aimed to introduce Greece to travel professionals of Iran and boost the flow of high-income visitors to the country. The workshop attracted 109 Iranian travel agents and tour operators from Tehran, Shiraz and Mashhad.

The workshop, organized by Tourism Today Events and Mideast Travel, was held on the occasion of Aegean Airlines’ announcement of launching three weekly flights on the Athens-Tehran route as of May 28.

During the workshop, the director of international department of Iran’s Cultural Heritage, Handicrafts, and Tourism Organization (ICHHTO), Mohammad Kazem Kholdi Nasab, requested the signing of a memorandum of understanding for tourism cooperation between Greece and Iran.

He also urged the Greek government to facilitate visa procedures. “In just a few years, hundreds of thousands of Iranian tourists will be able to visit Greece if the procedures for issuing visas are simplified,” he said.

In addition, during the workshop it was announced that Iran Air is also considering to enter the Greek market.

According to data provided by Mideast Travel, in March 2014, which is the Iranian New Year, some 25 million Iranians travelled domestically and internationally.  Moreover, tourism expenditure of Iranian tourists to the countries they visited in 2010 amounted to over $15 billion.