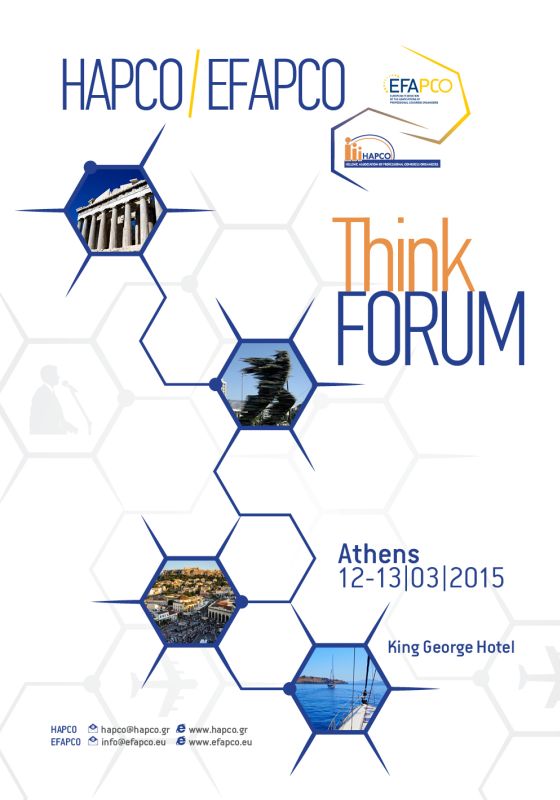 The HAPCO/EFAPCO Think FORUM will take place March 12-13 at the King George hotel in Athens and involve interactive communication. The event is addressed to all professionals in the conference market, representatives of tourist bodies, academics, university students majoring in tourism and politicians involved indirectly or directly in attracting conferences/events to Greece.

The event program will comprise various sessions and workshops that will focus on the latest developments in the global MICE (Meetings – Incentives – Congresses – Events) market. Main speakers will include congress tourism professionals from the Greek market, representatives of the political leadership and PCO’s from abroad.

HAPCO’s March 12 program will focus on the following topics:

– Medical Events in Greece: The hand in hand strategy or individual paths?
– The Greek Meetings Industry: With a view into the future
– Technology trends at the service of the Meetings & Events Industry

EFAPCO’s March 13 program will comprise a series of sessions covering:

The HAPCO/EFAPCO Think FORUM will coincide with EFAPCO’s 2015 General Assembly in the Greek capital and its 10th anniversary. “It is appropriate that EFAPCO will be celebrating its 10th anniversary in Athens, the city where the Federation was launched,” EFAPCO said in an announcement.

Registrations to the HAPCO/EFAPCO Think FORUM can be made here.