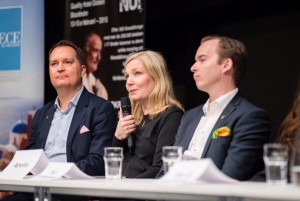 Greece, its products, its culture, its gastronomy and its diverse tourist offerings took Sweden by storm on February 13-15, when some 11,000 visitors flocked to the 2nd Grekland Panorama, which took place at Stockholm’s Ericsson Globe, making it one of the largest tourism expos organized in the Swedish capital.

Organized by tourism consultants North Events, this year’s Grekland Panorama exceeded all expectations with a 55 percent increase in the number of visitors and participants compared to 2014, making it the largest show dedicated exclusively to Greek tourism, gastronomy and culture in northern Europe.

Bookings to Greece up by 10% 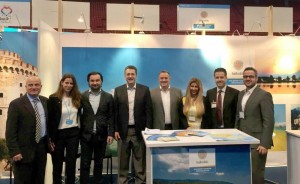 Representatives from the Halkidiki Tourism Organization met with the product managers of leading tourism companies Air Tours and Apollo and with representatives of TUI Nordic and Ving (Thomas Cook). According to the Halkidiki Tourism Organization, the foreign tour operators expressed an interest to renew contracts for 2016 to fully restore the Nordic market in Greece. For 2015, Air Tours and Apollo already have deals with Halkidiki with flights of Scandinavian Airlines.

According to participating tour operators, a 10 percent increase was recorded in the number of bookings to Greece following the show, with Crete and the Dodecanese islands among the Scandinavian market’s preferred destinations. Visitors also expressed interest in northern Greece — Halkidiki and Thessaloniki –, Kalamata in the Peloponnese and Athens as well as the Saronic Isles.

With the support of the Greek National Tourism Organization (GNTO), the Grekland Panorama brought together tourism sector professionals from Greece and Scandinavian countries wishing to build bridges and enter future collaborations. 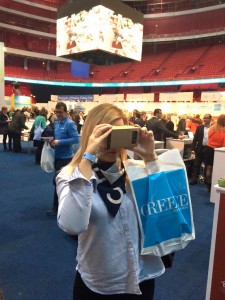 According to sector experts, the current trend has the Scandinavian traveller keen on exploring the genuine side of Greece, seeking the true Greek experience that involves traditional products and a healthier way of life that includes outdoor activities.

On the Greek side, over 165 exhibitors showed their offerings during the three-day show. Crete led the way with dozens of participants including the Region of Crete, the municipalities of Rethymno, Hersonissos and Platanias, as well as local hotel associations.

Representatives from across Greece and Cyprus also attended including Rhodes, Kos and Karpathos, the Peloponnese – this year’s featured destination, Halkidiki and Thessaloniki, Central Macedonia, the islands of Thassos, Skiathos and Alonissos, Kavala, Loutraki, and Athens. 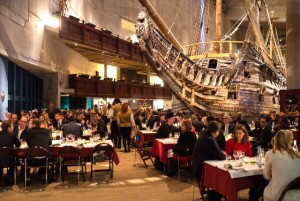 On February 13, Stockholm’s Vasa Maritime Museum hosted the Grekland Panorama gala, held under the auspices of the Stockholm Municipality and presented by Greek-Swedish journalist Alexandra Pascalidou. A special fundraising event held on the sidelines of the gala on the initiative of Grekland Panorama organizers collected funds for NGO “To Hamogelo tou Paidiou” (The Smile of the Child), working for the protection of children’s rights.

In the meantime, thanks to Grekland Panorama’s exclusive culinary partner Gaea, visitors and participants had the chance to sample the finest in Greek cuisine.