ETC: Greece Welcomes Most Arrivals in Southern and Mediterranean Europe in 2014 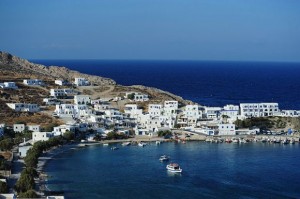 According to the quarterly report, Greece’s tourism growth was driven by the recovery of business travel and price convenience.

Also, the ETC revealed that Greece was the second strongest performer among the 10 ETC members in terms of arrivals growth in Europe last year, after Iceland (24,1 percent).

“The recovery in Greece continues… Hotel data for Athens support the idea that business demand is partly responsible for this performance, reducing the recent reliance on the Greek islands for growth. Greece should continue to grow if its economy grows in 2015 as it did in 2014, however, uncertainty relating to its status within the EU may act as a stumbling block”.

The UN agency for tourism, UNWTO, has estimated that the European tourism sector grew by four percent last year, reaching a total of 588 million visits, a 22 million increase compared to 2013. For the fifth consecutive year, international tourism in the region has grown above the 2.4 percent average rate forecast for the period 2010-2025.

According to the ETC, factors that contributed to a successful year include the recovery of major source markets, marketing efforts in promoting travel outside the main season and themed promotional activities. Also, many destinations benefitted from increased travel from Europe’s top markets, such as France, Germany, Italy and the UK.

The ETC said that a number of factors bode well for another positive year in Europe’s tourism sector but that “dark clouds may be gathering over the waters on which European tourism is sailing and slow down its growth”.

For 2015, the ETC expects the European tourism sector to continue at a cruising speed around its long-term annual average growth, forecast at a rate between two and three percent.

UNWTO: Governments Around the World Recognize Benefits of Visa Facilitation