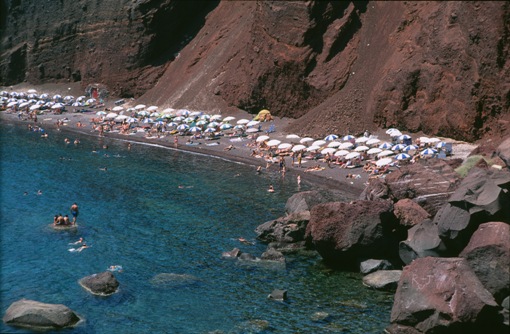 Two Greek beaches are among the winners of the fourth annual Best Beach Awards of American TV station Travel Channel. 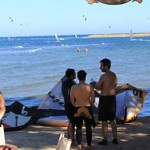 The famous Red Beach on Santorini was titled “Best Unusual Beach” and VICE or Nissakia Surf Club in Artemida (Loutsa) was singled out as the “Best Beach Bar”.

On Santorini: “Named the No. 1 most spectacular getaway on earth on Travel Channel’s 101 Sand ‘n Surf Hot Spots, Santorini’s Red Beach is also the Best Unusual Beach, thanks to its striking crimson and black volcanic sands.”

On VICE in Artemida (Loutsa): “Tucked away 20km outside of Athens you won’t find many tourists at VICE, but you’ll be met with a serene shoreline and mountainous backdrop. The bar features local dishes like grilled octopus and spins the most current, upbeat music attributing to the lively atmosphere.”

Etihad Airways Named ‘Airline of the Year’ at Aviation 100 Awards

TripAdvisor: Elafonissi, Greece, Ranks Among Top 10 Best Beaches in the World for 2015