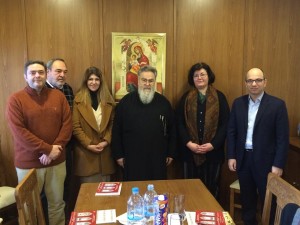 Board members of the Hellenic Association of Travel & Tourist Agencies (HATTA) met with the Holy Synod, the ruling body of the Greek Orthodox Church, last week to discuss the potential and promotion of religious tourism.

The two parties agreed on the need to set up a special committee, which would deal with issues of religious tourism and called for a closer collaboration between tour operators and agencies with the responsible body of the Church of Greece. In this direction, it was decided to hold a second meeting on actions for the promotion of religious tourism on March 3 at HATTA headquarters in Athens.