The tourism strategy of Halkidiki has attracted the attention of professionals from Larissa, the capital and largest city of the Thessaly region, who are interested in creating a similar model to promote their destination to a wider audience. 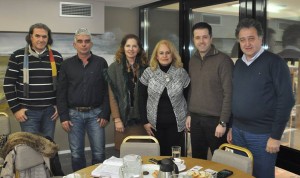 During a recent meeting in Larissa, the president of the Halkidiki Tourism Organization, Grigoris Tasios, informed the city’s professionals on the tourism model currently running for the promotion of the three-fingered peninsula near Thessaloniki in northern Greece. Views were exchanged on implementing a similar tourism model for Larissa.