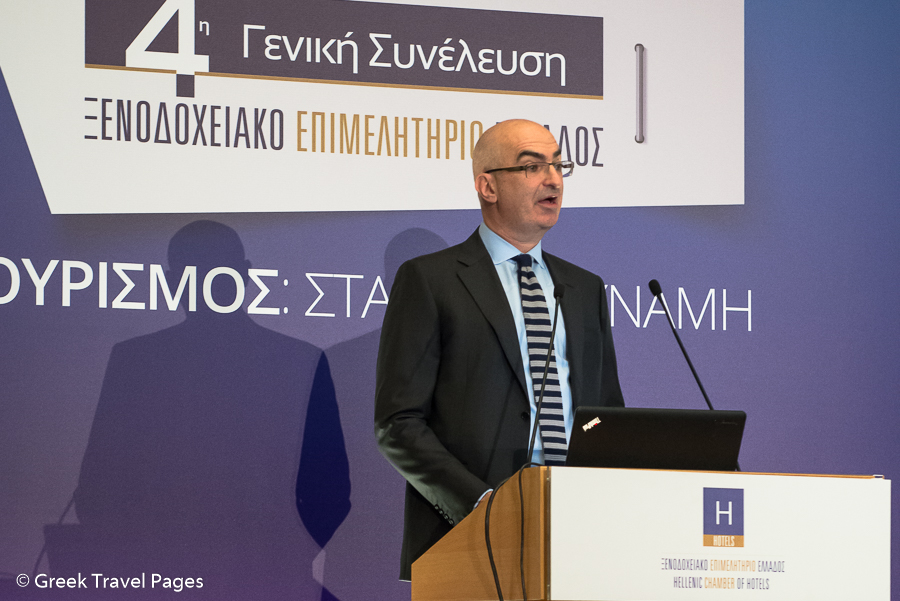 Despite last year’s excellent tourism season, Greek hoteliers still face a bevy of challenges that are impeding performance, the president of the Hellenic Chamber of Hotels, Yiorgos Tsakiris, informed during the chamber’s fourth general assembly held today at the Metropolitan Expo in Athens. 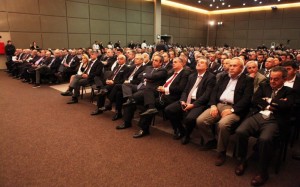 Some 1,000 hoteliers from all over Greece and many representatives of the Greek Government attended the hotel chamber’s fourth general assembly.

Last year, international arrivals to Greece increased by 22.7 percent and tourism revenue was up by 10.8 percent, compared with 2013.

However, according to Mr. Tsakiris, the underfunding of the economy, over-taxation, bureaucracy, overregulation and the low level of public services constitute serious obstacles to sustainable growth.

Referring to this year’s tourism season, the chamber’s president said that over the last two months, bookings to Greece slowed down due to the uncertainty caused by the decision for snap elections.

“It is necessary that we all make an agreement that recognizes that tourism is the solid strength of the country. An agreement that will ensure that we will all work together, Ministry and bodies, to support and secure the future of Greek tourism, not for hoteliers, but for all Greeks.”

During the assembly, a report on the sharing economy and its effects on Greek tourism — lost revenue resulting from illegal leasing practices — was presented.

“Greek hotels have to cope with the impact of the sharing economy, where we see illegally operating accommodation facilities competing uncontrollably against legal and licensed enterprises, without any functional or fiscal condition and obligation,” Mr. Tsakiris said.

Hotel Chamber to evolve into a Tourism Chamber

Mr. Tsakiris also informed hoteliers on the chamber’s decision to broaden its membership by including Greek travel agents and owners of rooms-to-let, paving the way for the evolution towards it becoming a Tourism Chamber.

The chamber’s members were also briefed on the recently finalized hotel rating system. According to the new classification scheme, hotels will be ranked on a scale of 1 to 5 stars and/or keys.

Some 1,000 hoteliers from all over Greece and many representatives of the Greek Government, including Alternate Minister of Tourism Elena Kountoura, attended the hotel chamber’s fourth general assembly.