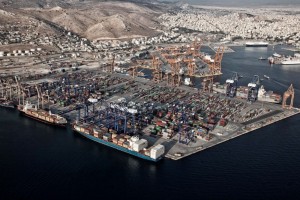 The Chinese foreign ministry has said it is looking into the intentions of the newly-elected Greek government following its decision to halt the privatization of the country’s biggest port, which it said must return to state control as part of plans to reconstruct the country’s productive forces.

“We have noticed the reports, and are checking with Greece about the issue,” China’s foreign ministry spokesperson, Hua Chunying, said according to Chinese news agency Xinhua.

Chinese shipping giant Cosco has managed the port’s two central container terminals since 2008, when it inked a 35-year deal with the Greek government. The port has since seen an eightfold increase in commercial traffic with companies like ZTE and Hewlett-Packard using the cargo terminals as logistics hubs for their merchandise.

“The project of the Piraeus port has become a paradigm of mutually beneficial cooperation between China and Greece since Cosco gained the management lease for Pier II and Pier III of the port in 2008,” Hua told Xinhua, and added that China believes the two countries are willing to continue to promote substantial cooperation so as to benefit both.

The Chinese shipping conglomerate, which is one of the bidders for a 67 percent share in the Piraeus port authority, was aiming to get complete control of the port, including its passenger ferry operations serving millions of travellers annually.

“We are highly concerned about this,” Beijing’s commerce ministry spokesman Shen Danyang said, calling on Athens “to protect the legal rights and interests of Chinese companies in Greece, including Cosco”.

“From a legal point of view, I can’t see how they can go back on contracts signed with Cosco, given the size of this investment, which is the biggest in Greece in recent years,” George Xiradakis, a consultant in the merchant marine sector, told AFP.