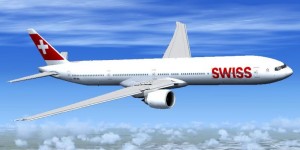 The renaming has been prompted by the planned integration of the new long-haul Boeing 777-300ERs into the company’s aircraft fleet. Both Swiss International Air Lines and Swiss Global Air Lines will operate under the SWISS brand.

Once the corresponding commercial and operating licenses have been duly amended by the Swiss Federal Office of Civil Aviation, the byline “Operated by Swiss European Air Lines” will be gradually replaced with “Operated by Swiss Global Air Lines” in flight booking applications and on the aircraft themselves.