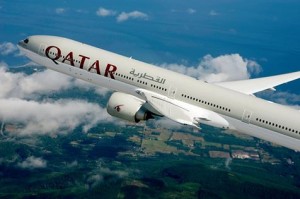 Qatar Airways said the investment, valued at $1.73 billion, is part of its ongoing efforts to further improve operations and boost commercial ties to Europe amid growing competition by Gulf rivals Etihad and Emirates.

“IAG represents an excellent opportunity to further develop our Westwards strategy. Having joined the oneworld alliance, it makes sense for us to work more closely together in the near term and we look forward to forging a long-term relationship,” said Akbar al-Baker, group chief executive of Qatar Airways.

Qatar Airways’ stake in IAG is also expected to boost the carrier’s competitiveness in the London market through British Airways’ largest hub at London Heathrow.

IAG was formed by the merger of British Airways and Iberia in 2011, and has since acquired Spanish low-cost carrier Vueling.

SkyGreece Announces Flights from Canada to Athens and Thessaloniki