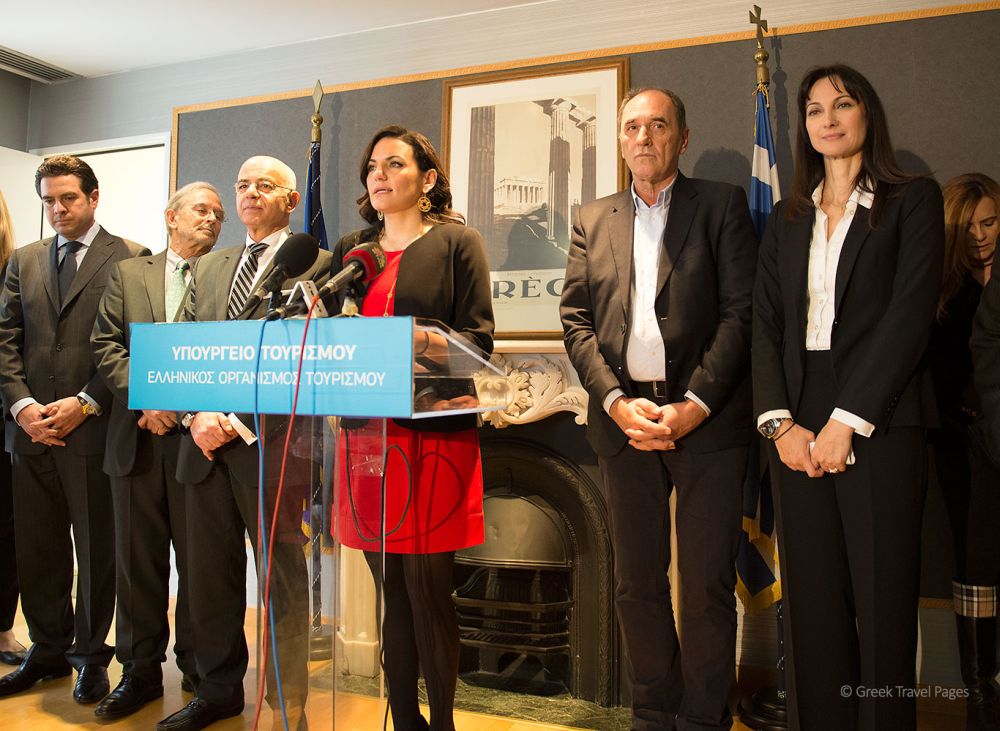 “I hope that 2015 is even a better year for tourism than 2014,” outgoing Tourism Minister Olga Kefalogianni said during the handover ceremony. On her right is Minister of Economy, Infrastructure, Shipping and Tourism Giorgos Stathakis and Alternate Tourism Minister Elena Kountoura.

The country’s tourism portfolio is now part of the new Economy, Infrastructure, Shipping and Tourism Ministry following the parliamentary elections on 25 January that were marked by the victory of leftist party Syriza and the creation of a two-party coalition government with the rightwing Independent Greeks party (ANEL). 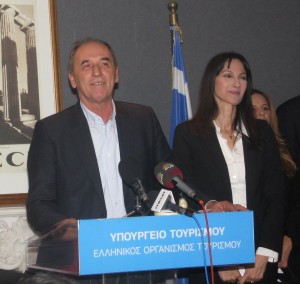 Speaking at the handover ceremony, Mr. Stathakis congratulated outgoing Tourism Minister Olga Kefalogianni for a “job well done” and assured that the new government will support the sector so tourism will continue its growth.

He underlined that the government will focus on solving a number of “lingering problems” such as challenges in spatial planning and taxation, the lack of a clear development law and the “major issue” of seasonality.

Mr. Stathakis added that the government will aim for Greece to become a year-round destination, starting with Athens.

“Athens is an example of how to completely transform a tourist destination. Therefore our goal is to revive the country’s destinations, to highlight the culture, to highlight the country’s advantages. This will give a huge boost to develop tourism 12 months a year… We come to correct whatever is needed and to develop tourism through the best possible communication and dialogue with the tourism community.”

“I want to assure that we will listen to all the proposals, discuss with all relevant bodies and cooperate with all who want to contribute to the success of our goals,” she said. 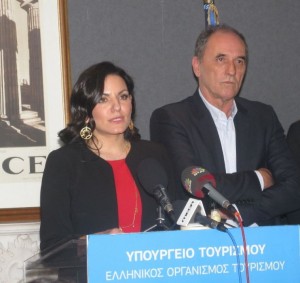 “We want tourism twelve months a year, we want foreign guests to leave our country happy.”

Outgoing Tourism Minister Olga Kefalogianni said she was proud of the results produced in the tourism sector over the last two and a half years.

“When we received (the tourism ministry) in 2012 the picture was bleak and yet we were able to change it with significant reforms. We passed two important laws for tourism that created a friendly framework for attracting investment and — for the first time — a context for individual tourism forms. At the same time we changed the country’s image abroad.”

She wished every success to the new government but added that she was troubled by the tourism ministry’s “institutional downgrading” referring to its merge with other ministries.

For more on Syriza’s tourism plan for Greece, press here.