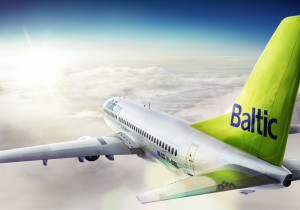 airBaltic, Latvia’s national airline, will launch new routes between Riga and the Greek destinations of Thessaloniki and Rhodes this summer.

“Thessaloniki is renowned for its vibrant cultural life, its ancient history which is visible on the facades of its impressive churches, monuments and buildings, while also being on the shores of the Aegean Sea,” said Christophe Viatte, Chief Commercial Officer of airBaltic.

As of June 5 airBaltic will fly from Riga to Thessaloniki on a Boeing 737-300 aircraft, twice a week on Fridays and Sundays.

For the upcoming summer season, airBaltic will also launch a new route between Riga and the Greek Island of Rhodes as of June 12.

“Rhodes is an ideal holiday destination for relaxation and action seekers alike. With eight months of sunshine, stunning beaches, and green hills, it is the ideal destination to add to our route map,” airBaltic’s chief commercial officer said.

The Latvian flag carrier will fly from Riga to Rhodes on a Boeing 737-300 aircraft, once a week on Fridays.

airBaltic was recently ranked No 1 globally in punctuality in 2014 by OAG analysts, who tracked the performance of a total of 43.5 million flight records. The airline serves over 60 destinations from its home base in Riga, Latvia.