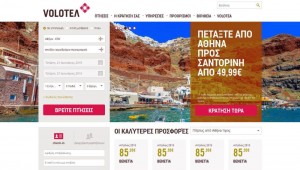 Volotea, a Spanish short and medium haul airline linking small and medium sized cities, today announced the launch of the Greek version of its website.

“It was essential for us to offer easy access and pleasant navigation on our website for the Greek public,” said Ricard Lozano, Commercial Director of Volotea. 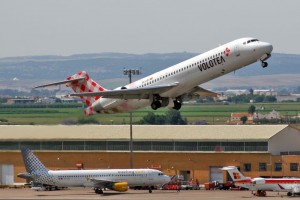 The Spanish carrier expects Greece to be the country in which it will grow the most in 2015 with an increase of some 60 percent in passenger traffic (some 140,000 seats) compared to last year.

Two months ago Volotea announced that it would operate five new routes to and from Athens as of April 2015. This is the first year Volotea will fly to and from the Greek capital.

Overall, Volotea will offer connections to 12 destinations in Greece. The new connections include flights from Italy to the Greek islands and flights linking Athens with Italian cities (Venice, Palermo, Bari and Pisa/Tuscany) and Santorini.

The airline has carried more than 190,000 passengers to and from Greece from April 2012 to date and offers charter flights to 10 Greek airports.

Since its inception, Volotea has carried some four million passengers across Europe.