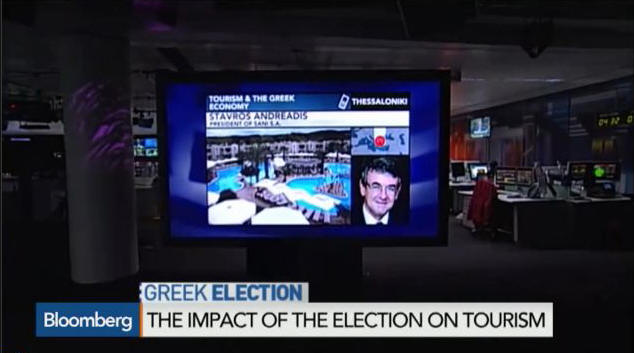 Greek tourism will continue its positive performance in 2015, according to the president of Sani S.A., Stavros Andreadis. 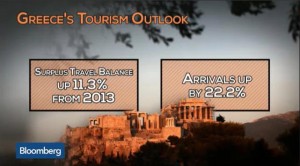 While speaking to Manus Cranny on The Pulse on Bloomberg TV on Tuesday, Mr. Andreadis referred to the strength of Greek tourism and how this week’s elections may impact the industry.

Mr. Andreadis appeared hopeful that whatever the outcome of Sunday’s elections, the new government will assist the country’s tourism.

“Greek tourism is very important for the economy but also for people living in remote areas in our beautiful but very isolated small islands and so I think that any government will look after Greek tourism,” he said.

Mr. Andreadis underlined that tourism professionals believe that a renegotiation of the country’s debt would allow development, which is the only way to cover what Greece owes.