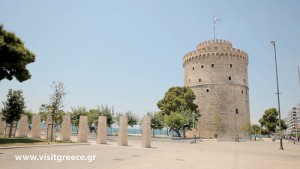 Promoting the northern port city of Thessaloniki as a leading city break through its history, entertainment, gastronomy and culture, was the aim of the Thessaloniki Hotels Association’s (THA) participation in Austria’s annual Ferien-Messe Wein show, which ran on January 15-18 in Vienna.

The THA’s goal is to attract Austrian tourists and open up to a new market with targeted activities for the promotion of Thessaloniki and surrounding regions, including the Halkidiki peninsula, Pieria and Imathia.

In this direction, Austrian Airlines will up its direct flights from Vienna to Thessaloniki as of May, demonstrating the increased interest in the region.