Report: Trends in WiFi, Social and Mobile at Europe’s Airports 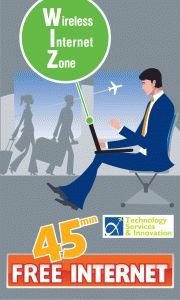 To provide a snapshot of some of the ways that airports are communicating with their passengers, the European trade association for airports last month released the ACI EUROPE Digital Report 2014-2015.

The report details the state of play regarding WiFi at airports, airports’ presences and interactions on social networks and the trends in mobile. Social networks covered by the report include Facebook, Twitter, Google+, Instagram, YouTube, Pinterest, VK (VKontacte) and LinkedIn. Among other things, the report also outlines the eight ways that airports use these social networks.

For the first time, the report also goes into more detail about the number of free, branded airport smartphone applications (apps) currently available to air passengers. This includes information on the formats covered by these apps and the ways that they empower the passenger.

He added that ultimately, digital is the enabler that allows airports to forge a direct relationship with their passengers. “That is central to achieving their key goal: making the airport experience the very best it can be.”