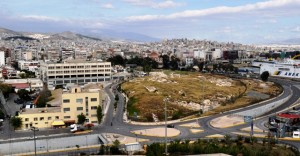 The Piraeus Port Authority (PPA) announced on Monday the final results of the open architectural competition it launched on March 27, 2014 for its Cultural Coast project.

The competition involves the redesign of a section of the Archaeological Thematic Museum and the regeneration of PPA property into a park and closed parking space.

“This is one more step towards the completion of the Cultural Coast Piraeus project. Piraeus will now have an additional museum, as well as the Drapetsona Park and surrounding areas, which were granted by the PPA for this purpose,” PPA president and CEO George Anomeritis said.

“The Cultural Coast of Piraeus is the largest redevelopment project in Piraeus and western Athens, linked closely to tourism and culture as well as to city port policies, paving the way for the 2,500-year anniversary of the Battle of Salamis in 2021,” he added.

The competition results and the members of the awarded schemes will be announced during a special event in the coming months.

The Cultural Coast of Piraeus, initially budgeted at 70 million euros, aims to make the Attica port an important city destination for the Mediterranean region.

Under the unanimous agreement of the Attica Region, the culture ministry, and the municipalities of Drapetsona, Keratsini and Piraeus, the project involves the creation of an 180,000m2 open space to host four museums (Underwater Antiquities, Thematic Archaeological, Immigration and Ancient Greek Technology), leisure and theme parks.