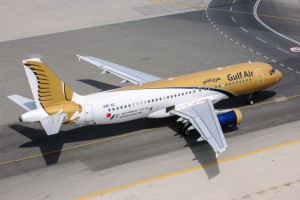 Gulf Air’s enhanced Bahrain-Larnaca service will have three direct weekly flights operating on Tuesdays, Thursdays and Saturdays alongside three weekly connections via Kuwait (originating from Bahrain) that will operate on Wednesdays, Fridays and Sundays.

“We are pleased to further facilitate passenger movement and make travel to and from Larnaca even more convenient with this schedule enhancement that allows our passengers from both Bahrain and Kuwait easier access to this popular Cypriot destination,” Ahmed Janahi, Gulf Air A/Chief Commercial Officer, said.

Gulf Air flights to Larnaca International Airport are operated by an A320-ER aircraft in a two-class configuration of 14 Falcon Gold seats and 96 seats in Economy.