The entrance to the Amphipolis tomb.

The Greek culture ministry revealed on Monday that archaeologists and researchers have discovered more than one skeleton in the Amphipolis tomb on Kasta Hill.

Five skeletons were found; one adult female (estimated over the age of 60), two adult males (about 35-45 years of age), a newborn and an adult male who most likely had been burned.

According to the culture ministry, the skeletal remains represent approximately 550 bones. Other discoveries include a skull in good condition — from which the bones that make up the face were missing — and an almost intact mandible. No teeth were found in the tomb except for one carious root of the right second premolar. Moreover, animal bones were identified. 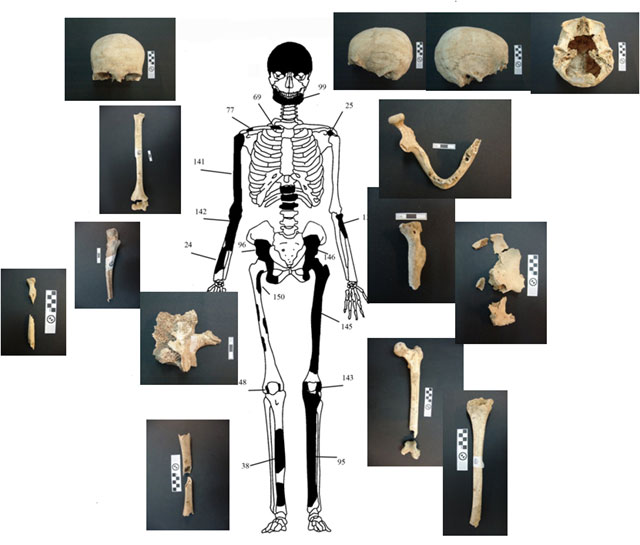 The skeletal remains of a woman over 60 years old were discovered.

The culture ministry confirmed that the tomb had in fact been disturbed in the past.

The remains will be subject to further DNA analysis.

The ministry said it would also research the place of origin of the occupants of the tomb to see whether they were people who were born and grew up in Amphipolis or people who had moved from somewhere else during their lives and were buried in the tomb. 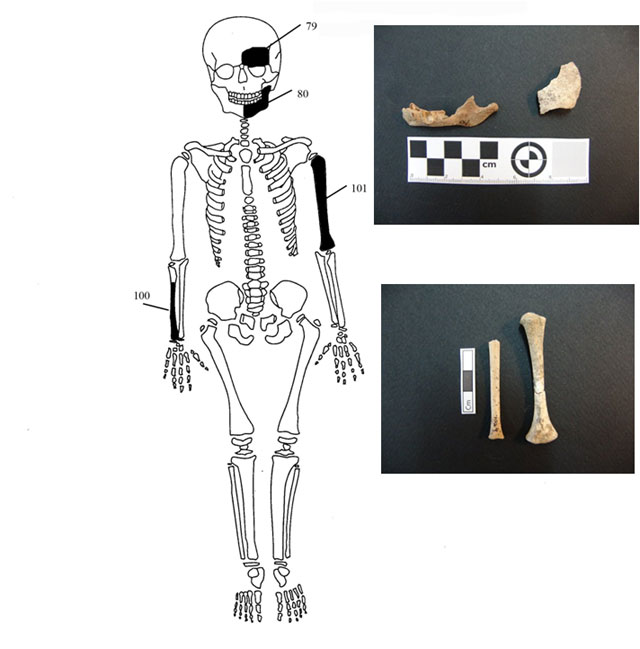 The skeletal remains of a newborn were found.

Press here for the detailed announcement of the culture ministry (in Greek).