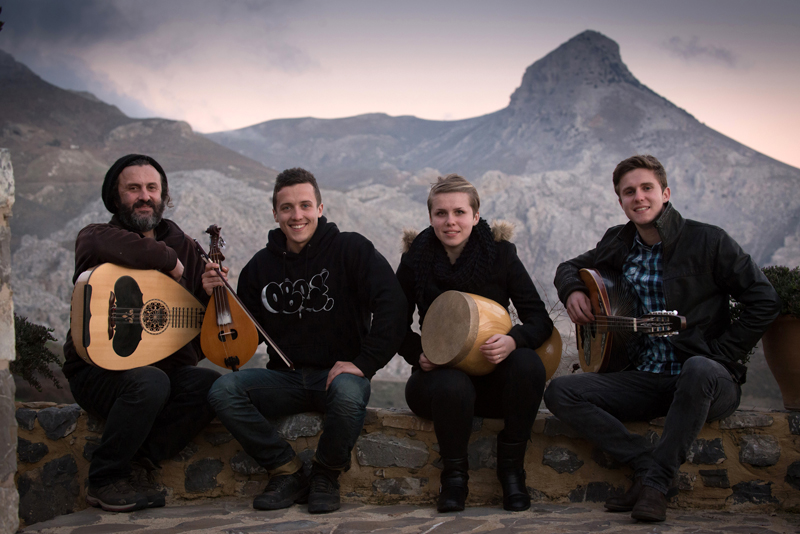 The music and mountains of Crete take the spotlight in the latest film by Greek director Angeliki Aristomenopoulou, featuring the portrait of the legendary Xylouris family and their sacred bonds with the musical tradition of their homeland, released in Greece earlier this month.

Produced by Anemon Productions and Unicorn Films in collaboration with ABC Australia, the Greek Film Centre, OTE TV and national broadcaster NERIT, A Family Affair is released under the auspices of the Greek National Tourism Organization (GNTO). 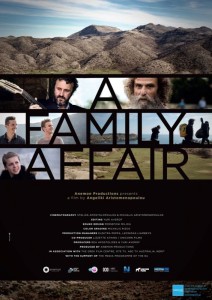 The film, which will premiere in Europe at the FIPA-International Festival of Audiovisual Programs in France, follows three generations of musicians who pass on the vibrant tradition of Cretan music performing ceaselessly to followers across the globe.

From Psarantonis – or Antonis Xylouris – to his son, lute player and singer George Xylouris – nicknamed Psarogiorgis – and his three children Nikos, Antonis and Apollonia studying in Australia, the film follows Crete’s renowned musical clan to discover the electrifying power of their music and the sacred ties that hold the family together.

“It captures how music is passed on from father to son to grandchildren, in a contemporary Greek-Australian family, brought together and apart by their love of music,” says Aristomenopoulou, who is currently running an outreach campaign to make Cretan music known to a broader international audience.

“Since we started this project, we have seen immense interest across the world by individuals, associations, music and dance groups, schools and universities to use the film,” says Aristomenopoulou, who won the Fipresci Award for Best Documentary at the Thessaloniki Film Festival in 2010 for Wandering Soul.

In the meantime, Anemon is working with Maria Hnaraki, founding director of Greek Studies at Drexel University, to help bring the film and Cretan music to classrooms worldwide, especially in communities of the Greek Diaspora. A free teacher’s guide can be used to teach Greek and help students connect with Greek music, learn to compose mantinades and dance.

A short version of the film, entitled Sounds Like Home was aired on ABC Australia in October.

The film’s soundtrack features songs and live performances recorded over a three-year filming period by George Xylouris, his three children Nikos, Antonis and Apollonia, as well as their grandfather, Psarantonis mixed and mastered by Coti K.

“We don’t carry this tradition as a family weight,” explains George Xylouris. “It’s part of our lives, of who we are. We need this tradition to live, like we need oxygen.”

A Family Affair will be released in February-March in Australia, at the Palace Cinemas. The team is also looking for outreach and screening partners across the US and Europe, to host film screenings and help organize special events dedicated to Cretan culture.

A FAMILY AFFAIR (trailer) from Anemon on Vimeo.