British ‘Earlybirds’ Place Greece Among Most Popular Destinations for 2015 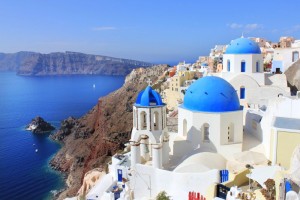 Based on early bookings of British holidaymakers, Greece is among the most popular destinations for the coming year, the Association of British Travel Agents (ABTA) revealed today.

Britain is one of most important markets for Greek tourism both in terms of arrivals and tourism revenues.

According to ABTA, a third of summer holidays will be sold in January and February, with early bookers taking advantage of some of the travel industry’s best deals.

January 2015 has seen strong early bookings with some ABTA Members reporting “exceptional” days of trading, up as much as 30-50 percent from the same time period in 2014.

“A favorable exchange rate (against the Euro) and a cut in Air Passenger Duty, combined with consumers starting to feel more positive about their finances, should benefit the travel market in 2015 and so it is very encouraging to see a strong start to the year,” Mark Tanzer, ABTA Chief Executive said in an announcement.

The departure tax is being reduced for many longer haul destinations from April 1 and abolished for children under 12 from May 1.

“One outcome of the recent financial crisis is that consumers are savvier and so we are not surprised to see that more people are booking early,” Mr. Tanzer said. 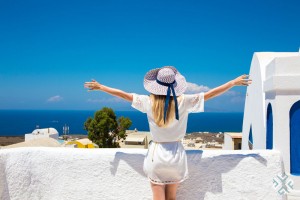 Holidaymakers are making the most of deals and discounts available as well as the opportunity to ensure availability in popular resorts and destinations.

“The travel industry traditionally launches some of its best deals at this time of year and holidaymakers who book early can take advantage of these, as well as getting greater choice and availability,” he added.

Along with Greece, the most popular destinations for the coming year (based on early bookings) include the Balearics and the Canaries. Long haul, Caribbean destinations continue to prove popular with British holidaymakers – Costa Rica, Mexico, Cuba and the Dominican Republic in particular. Mauritius and the Maldives are also in high demand.