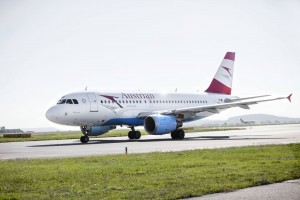 Austrian Airlines is expanding its flight service to and from Athens.

As of April 29, Austria’s national airline will offer four additional night flights per week from Vienna to Athens and back. This expansion brings the airlines total weekly flights to/from Athens to 11.

The additional offering strengthens flight connections in both directions and thus also the Vienna to Athens hub-to-hub connection on the basis of four additional frequencies. The expanded flight service creates additional transfer possibilities for passengers via the Vienna hub, for example from Athens to Western Europe and in particular to North America.

According to an announcement, with transfer passengers comprising 75 percent of the total on this route, Austrian Airlines is now able to offer its passengers additional capacity in its route network.

The new flight times include four evening flights between Vienna and Athens:

Kuoni Drops Out of Travel Market