US Company Pleasant Holidays Adds Greece to its Package Deals 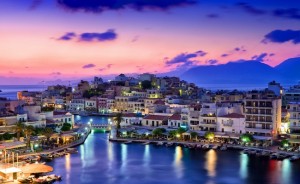 One of the largest American travel companies, Pleasant Holidays, has added Greece to its roster of destinations, as well as two Windstar Cruises from Athens to Istanbul.

The California-based company, mostly known for its Hawaii vacation deals, has added Athens, Crete, Mykonos and Santorini to its packages, which include accommodation at 36 three- to five-star hotels, excursions, activities and sightseeing tours.

Founded in 1959 as a travel agency, Pleasant Holidays has grown into one of the largest privately-owned travel companies in the US with over 400 employees.

The company, which specializes in vacations to the Hawaiian Islands, Mexico, Caribbean, Tahiti and French Polynesia, Costa Rica and the Continental United States, has sold over 10 million vacations since 1959.