Athens authorities are up in arms over recent news that the British Museum is once again planning to loan parts of the Parthenon Marbles to museums across the globe as early as July 2015.

If approved, the loans, which would involve the overseas transfer of 20 of the total 87 Greek sculptures, would be granted to the Metropolitan Museum of Art in New York, the Louvre and museums in Berlin. 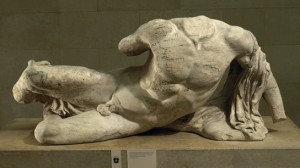 The museum already released a section of the marbles — the headless statue of river god Ilissos — last year for an exhibit at Russia’s Hermitage Museum in St Petersburg for the celebration of its 250th anniversary, sparking an angry reaction in Greece.

Prime Minister Antonis Samaras said the decision defeated Britain’s main argument, namely that the Parthenon Marbles would be in danger should they be transferred.

According to the Independent, Greek authorities are said to be delaying a British Museum request for items from Athens’ Cycladic Art Museum for the “Defining Beauty: the Body in ancient Greek Art” show to open in March, describing it as a “retaliatory move”. 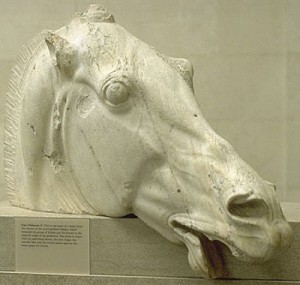 In the meantime, two Greek Westminster University students conducted a poll in November, in the British Museum despite being denied permission by the museum authorities. The poll found that 76 percent of the respondents agreed to the return of the sculptures to Greece.

At the same time, a recent opinion poll by UK research firm YouGov on behalf of The Times found that nearly one in two Britons (49 percent) believe the Parthenon Marbles should be returned to Greece.

The 2,500-year-old marble sculptures that once adorned the Parthenon have been the subject of dispute since they were removed and taken out of the country by the Earl of Elgin in 1803, later to be housed in the British Museum.