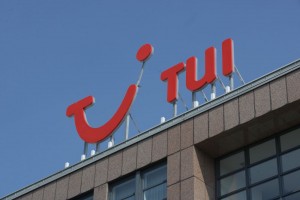 We are prepared for any monetary developments, TUI’s representative said, and added that the requirement applies to all of the company’s contracts with hoteliers across Europe.

According to Die Welt, in 2009 then head of TUI Germany Volker Boettcher had demanded that the stipulation apply only for Greek entrepreneurs, which lead to a reaction from Athens, citing unequal treatment.

All finalized contracts, the representative said, foresee compensation in euros. The company ensured customers that they will not face any problems in the case of a potential Grexit, and added that in many cases costs may be lower.

European insiders are expressing concern due to national elections in Greece, set to take place on January 25.

Market insiders fear that investors will be put off should opposition party Syriza win. Party head Alexis Tsipras has said he plans to renegotiate Greece’s bailout terms should he be announced victor on January 25.

The leftist leader has recently said that should his party win, it would not continue with the current tourism model that is based on the creation of large resorts and holiday homes in environmentally sensitive areas.

Earlier this week, Greek Tourism Confederation (SETE) president Andreas Andreadis spoke of “dark clouds gathering over Greece in 2015”, referring to the snap elections, which he said created “anguish, fear and anger” for the sector. He called on candidates to present a feasible four-year plan that will “shield Greek tourism and the miracle that it has thus far achieved”.