Bloom: Greece Among World’s Most Recognizable Tourist Brands Despite Crisis 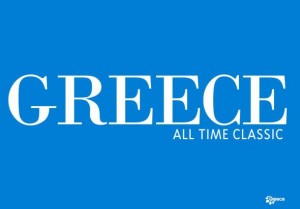 Greece continues to have one of the world’s strongest brand names, according to a Bloom Consulting report released recently, despite the economic crisis that has plagued the country in the last five years.

In its fourth Country Brand Ranking Tourism Edition, the Madrid-based consulting firm ranks the effectiveness of tourism strategies and performance of industries in some 180 countries.

In efforts to keep abreast of the changing times, Bloom has, among others, focused its country assessments this year on overall online presence and social media performance including Facebook, Twitter, Instagram and Google Plus.

Other determining factors include economic performance measured in tourism receipts between 2008 and 2012, digital demand based on online search volume for tourism-related activities and attractions within each country and the accuracy of the country’s brand promotion compared to its tourism offerings.

Despite the economic crisis which was reflected in Greece’s drop by nine spots to 25 in the world list and to the 11th ranking in the European list, the country still remains one of the world’s most recognized tourist destinations.

The world’s top three strongest tourist brands are the U.S., Spain and Germany. Spain, Germany and France are the best performers in Europe, while Hong Kong, Thailand and Macao top the Asia list.

Founded in 2003 in Spain, Bloom Consulting is a consulting firm specializing in country branding and business strategy. The company has offices in Lisbon, Sao Paolo and Los Angeles.