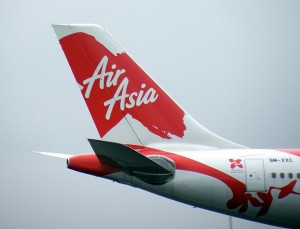 Indonesian senior officials said on Tuesday that rescue crews have spotted bodies and debris, including suitcases and life vests, in the Karimata Strait off the coast of Borneo, in their search to locate the missing AirAsia flight carrying 162 passengers.

Indonesia flight QZ8501 went missing on Sunday after the pilot made contact to change position due to turbulence. Indonesian airport officials said the request could not be immediately approved due to traffic.

The Airbus A320-200, which was travelling from Surabaya, eastern Java on Sunday to Singapore, disappeared from the radars.

Indonesian rescue authorities said on Monday that the missing AirAsia plane is most likely at the bottom of the sea as the search to locate it continues in a wider area.

Founded in 2001, AirAsia is a low-cost airline group based in Kuala Lumpur, Malaysia, operating some 100 destinations in 15 countries.