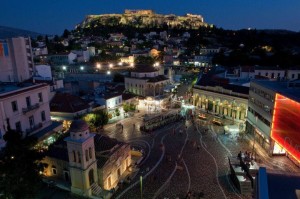 The Greek capital, Athens, once again reported the largest occupancy increase and revenue per available room (RevPAR) growth in Europe, according to data released on Tuesday by STR Global on the European hotel industry for November 2014.

More specifically, the occupancy rate of Athenian hotels last month rose 15.3 percent to 61.5 percent, which was the largest increase in Europe.

The largest occupancy decreases in Europe for the month of November were recorded by Vilnius, Lithuania (-14.2 percent to 59.8 percent) and Moscow, Russia (-11.1 percent to 60.7 percent). Moscow also reported the largest RevPAR decline, falling 38.4 percent to 56.21 euros.

“In November 2014, Europe as a region had a revenue per available room growth of almost six percent (74.28 euros),”  said Elizabeth Winkle, managing director of STR Global.

In regards to December, a typically a growth month for Europe, STR Global expects the year to conclude with RevPAR growth in excess of 5.5 percent.

“If this level of performance occurs, this will be the highest RevPAR in the last four years in Euro terms,” she said.