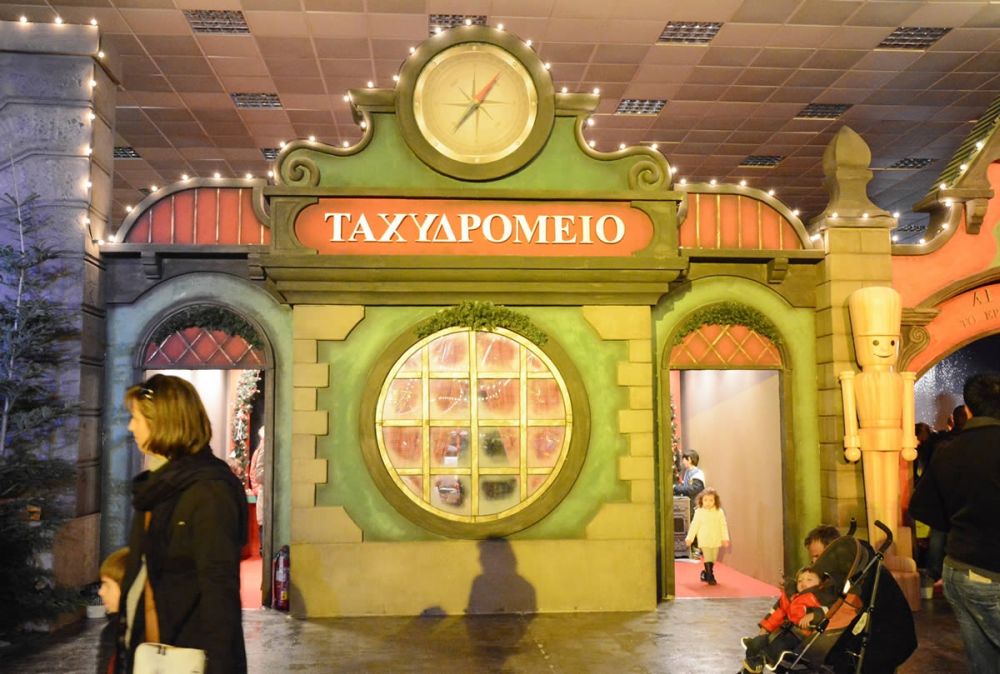 Letters to Santa are inundating his “office” at Thessaloniki’s Asterocosmos, which opened its doors to the public last week at the city’s Helexpo center while Santa’s helpers scurry round to make sure every single letter is read and presents are ready before the bell strikes 12 on Christmas Eve. 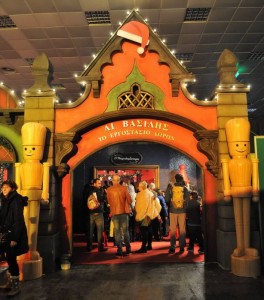 Under the glow of millions of lights, Asterocosmos is drawing in the crowds with dozens of festive offerings for kids and grown-ups. Whether its the Frozen Forest, Santa’s Village, the Toy Factory, Sweet Town, the ice rinks and the wide variety of interactive games, book bazaars, theater shows, concerts and workshops, both young and old are bound to leave Asterocosmos with a huge smile on their faces.

In the meantime, Santa’s wooden toys are stealing the show. Chief toy maker is crafting away while the wooden toys tell a tale of their own.

The city’s ChocoFactory Museum is also attracting the crowds with its chocolate Christmas tree.

Parallel events include everything from pantomime, illusion shows and standup comedy to Bollywood nights, percussion extravaganzas and a jazz fest.

Asterocosmos program of events (in Greek)

Asterocosmos is organized under the auspices of the Macedonia-Thrace ministry.

Admission to Asterocosmos is at 7 euros and includes access to all games, rides, two ice rinks, performances and activities in the park. Free parking is available.

Admission to Asterocosmos and the ChocoFactory Museum is at 9 euros.