Etihad Airways Closes Year with A380 and B787 Launch, New Uniforms Catwalk Show 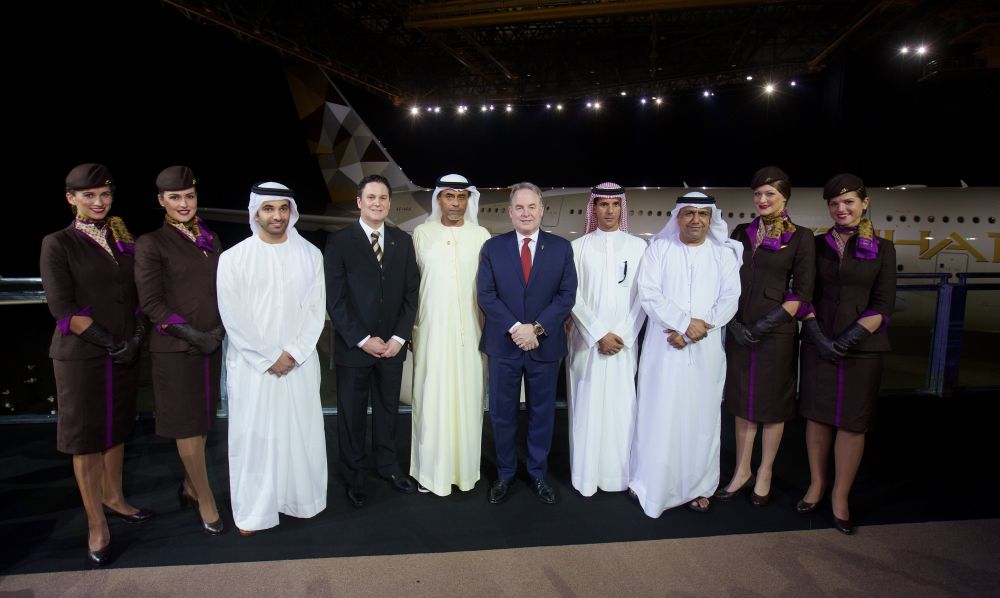 Etihad Airways closed the year today 18 December by unveiling its first Airbus A380 and Boeing 787 aircraft to more than 200 of the world’s media in Abu Dhabi.

The doors to the airline’s two new flagship aircraft – in the distinctive new “Facets of Abu Dhabi” livery – were opened for the first time to reveal the new cabin interiors, which include the ultra-luxurious Residence by Etihad, the only three-room suite in the sky. 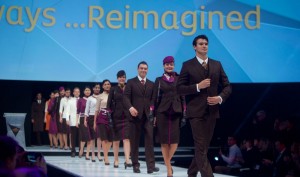 Etihad Airways also unveiled a new cabin crew uniform at a spectacular catwalk fashion show. It’s the first major uniform re-launch since the airline’s formation in 2003 and incorporates the same colors used for the cabin interior and new aircraft livery.

The fashion show saw 22 Etihad Airways cabin crew showcasing the new uniform which has been designed by Italian couturier, Ettore Bilotta. “It combines elegance, comfort and practicality and the colors are derived from the new brand identity,” the airline said in an announcement.

Following today’s events in Abu Dhabi, the A380 and Boeing 787 aircraft will continue test operations before starting commercial flights. The A380 will operate daily to London Heathrow from 27 December and the 787 to Dusseldorf from 1 February 2015.