Viewpoint – Regional Airports: All for One and One for All 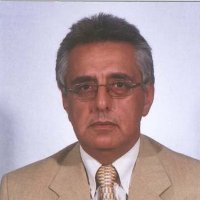 *Extracts from an op-ed by Takis Adamidis, president of the Hellenic Aviation Society. Source: www.metafores.gr

“In March 2013, Kostis Hadjidakis, then transport minister had presented a concession plan for the use and operation of 21 regional airports to private parties, which were divided into two groups A and B. The plan involved:

– Teams based on geographical and commercial criteria.
– The creation of oligopoly conditions, nationally, and monopoly conditions at a regional level.
– Competition between the two groups would be almost insignificant with each group concentrating in its region.
– There would be no incentive for competitive policies between airports, due to proximity.
– There would be no provision allowing the participation of a local national investment fund.
– The application of a dual pricing policy would lead to an increase in airport fees, which would hinder investment initiatives and negatively affect customers, as the cost would be passed on to the ticket.
– Comparing airports in relation to charges would not serve as an incentive for airport fee reductions.
– There is an urgent need to establish an Independent Economic Regulatory Authority, supported and supervised by the Competition Commission for the monitoring and supervision of applied airport charging policies.

Twenty months after the announcement and the opening of tenders, it became known that the two main groups were merged into one.

If this had not happened, the preferred bidders would be two out of the three, i.e. the majority would prevail.

Australia has the most successful concession model in the world. The government banned prospective investors from bidding for more than one of the three major airports in Melbourne, Brisbane and Perth, so as to prevent the dominance of one investor over another.

In the Greek case, the country’s three busiest airports — Thessaloniki, Rhodes and Hania – are all being handed over to one investor with the government as the other competitor.”

To read the whole opinion piece (in Greek) click here.