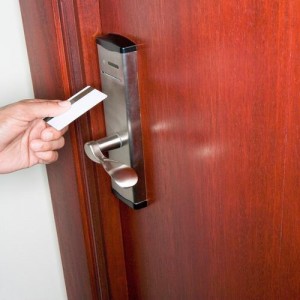 Tour operators and travel agents in Europe have joined Greek tourism professionals in their request to the Greek Government to not increase the Value Added Tax (VAT) rate for hotel accommodation from 6.5 percent at present to 13 percent.

The Hellenic Association of Travel & Tourist Agencies (HATTA) on Friday 12 December forwarded letters from the European Travel Agents’ and Tour Operators’ Association (ECTAA) and the Association of British Travel Agents (ABTA) to Prime Minister Antonis Samaras and other officials of the Greek Government.

In the letters — originally sent to the Greek finance minister Gikas Hardouvelis and tourism minister Olga Kefalogianni — the European professionals state that the short notice of implementation of an increased VAT rate on accommodation will deeply affect incoming tourism to Greece.

“The latter requires travel organizers to indicate the price and applicable taxes. The prices provided in the brochure are binding on the travel organizer and can only be changed if they have been communicated to the customer prior to the conclusion of the contract,” ECTAA notes.

“The problem is that brochures for the summer season 2015 have already been printed and distributed to travel agents.”

Many holidays for 2015 in Greece have already been sold by European tour operators at prices based on rates before the VAT rise had been announced. ECTAA underlines that tour organizers will have to decide between contacting their travel agents and clients to announce the price increase or else — the more likely scenario — absorb the extra cost “which will squeeze their margins even further.”

According to ECTAA, a VAT increase for hotels should be announced and implemented with sufficient time for tour operators to incorporate into their brochures and contracts concluded with their customers.

Likewise, members of ABTA are concerned about the doubling of the VAT rate for accommodation in Greece, especially as the country “has only over the last couple of years, regained popularity as a major destination for the UK market”.

Members of ABTA have indicated that at least a quarter of a million tourists have already booked to go to Greece in the summer of 2015 and with this proposed new tax increase, many tourists will be discouraged to book in the future.

“The proposed tax change will have a damaging impact on UK outbound tourism to Greece, as the sudden increase in VAT will be received negatively by the press and, as such, Greece will gain a reputation as a costly destination,” ABTA notes in its letter.

Around two million British tourists travel to Greece each year, of which, around half, are sent collectively via ABTA Members.

The warnings of the European travel professionals followed a number of reactions from Greek tourism bodies, hotel associations and business organizations once the possibility of a VAT increase on accommodation in Greece went public.

It is reminded that the Greek government proposed to raise the VAT for accommodation in order to conclude negotiations with the troika of Greece’s international lenders-the ECB, the European Commission and the IMF.

Viewpoint – Regional Airports: All for One and One for All