The Hellenic Chamber of Hotels (HCH) announced its plans to tap into the Chinese market on Wednesday using China’s leading search engine as its primary tool.

The HCH said during a one-day event it organized in Athens, that it would collaborate with Baidu web services in efforts to attract more Chinese tourists to Greece. 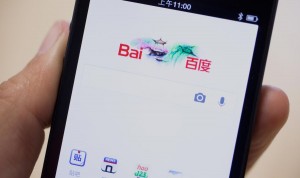 Referring to the considerable potential for the promotion of the tourism product, Baidu GM Johnny Zhu underlined that some 42 percent of China’s population has Internet access and is familiar with searching for and purchasing products and services online.

Mr. Zhu said that Baidu records three million searches for Greece tourism annually with some 720,000 on Athens, 180,000 on Crete and a massive 2.4 million on Santorini.

Mr. Zhu added that the search rate for Greece is increasing by the month and forecast that it would exceed seven million searches this year.

Chinese consumers’ favorite destinations in Europe are Paris and London, he said, with 51 percent of their spending directed towards shopping.

According to Mr. Zhu, 93.6 percent of the Chinese take their holidays abroad year round.