The culture ministry on Tuesday called on Greek cities interested in becoming Europe’s Cultural Capital for 2021 to submit applications.

Every year one city of two EU member states which have made it to the finals is designated European Cultural Capital.

For the year 2021, cities in Greece and Romania are vying for the title. The city named will also receive the Melina Mercouri prize of 1.5 million euros on the condition that it has implemented all of the criteria presented in its application.

A group of independent experts will evaluate and then narrow down applications submitted by candidate cities before nominating the city to be awarded the title of Europe’s Cultural Capital and the Melina Mercouri prize. 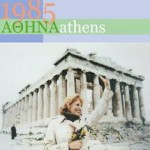 Conceived in 1983 by then Greek Culture minister Melina Mercouri and established in 1985 with Mrs. Mercouri’s French counterpart Jack Lang, European Cultural Capital aims to safeguard and promote the cultural wealth and diversity of European cities as well as bring Europeans closer together.

It also provides cities with a unique opportunity through the preparation procedure to enhance their image and promote an international profile as well as draw in considerable economic, social and cultural benefits. 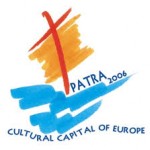