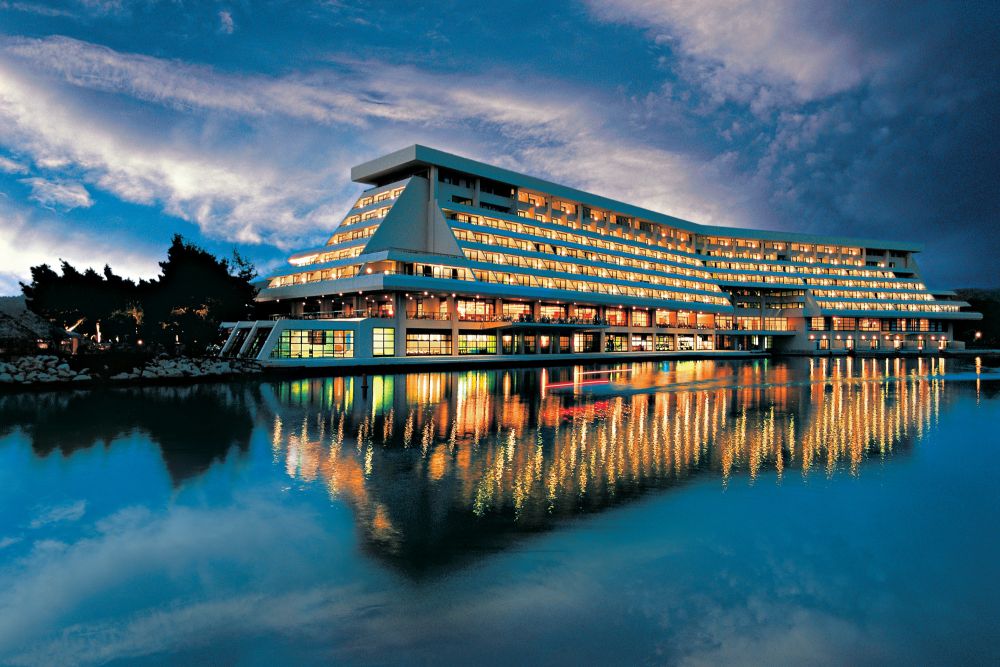 Porto Carras Meliton 5* has been recognized as a Europe Winner and won the “Luxury Hotel – Best Scenic Environment” title at the World Luxury Hotel Awards ceremony hosted at the Bay Hotel’s majestic Rotunda in Camps Bay, Cape Town, on 6 December.

The World Luxury Hotel Awards is positioned as the pinnacle of achievement for luxury hotels worldwide. These awards were established as a celebration of ultimate achievement in service excellence. It is about rewarding and congratulating hotels and spas that have excelled beyond the normal call of duty.

“The distinction in World Luxury Hotel Awards 2014 is a crowning moment for the Porto Carras and a reward for the realization of the luxury resort’s management vision, which encloses the creation of a quality destination with respect to its guests and the environment,” read an announcement by Porto Carras.

Porto Carras Meliton 5* is located in Sithonia, Halkidiki, designed by architect Walter Gropius, founder of the renowned “BAUHAUS” school, and resembles a cruise ship. The hotel consists of 487 rooms, including 93 junior suites and 64 suites, restaurants with fine cuisine, lagoons, entertainment and recreation areas and a superb beach.

“The award of Porto Carras Meliton 5* at the World Luxury Hotel Awards 2014 is a great honor and a recognition for the strong commitment of Porto Carras in the ongoing provision of high quality services,” the announcement concluded.