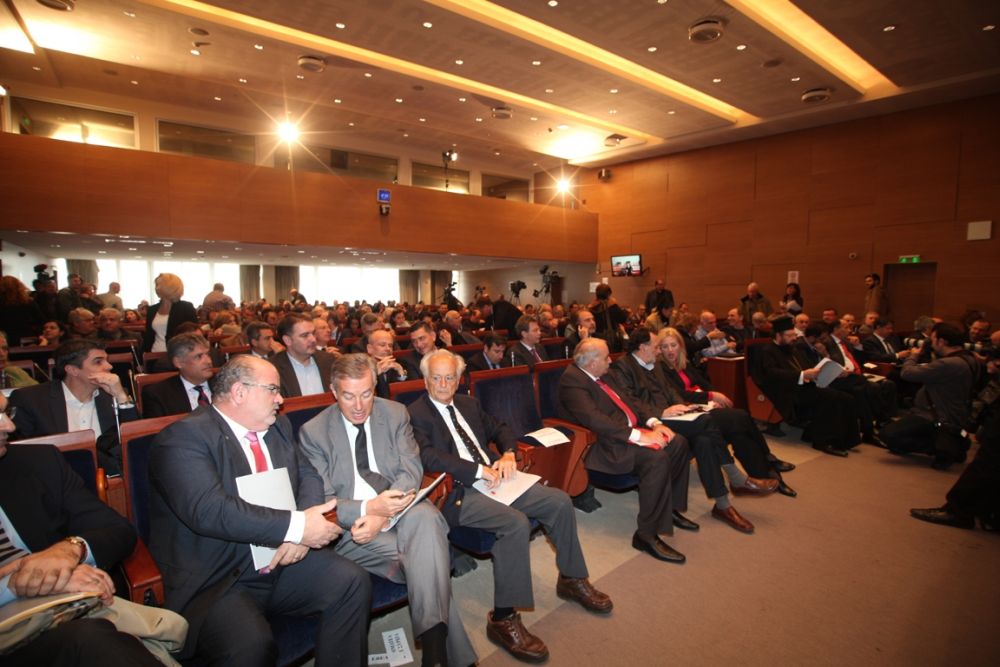 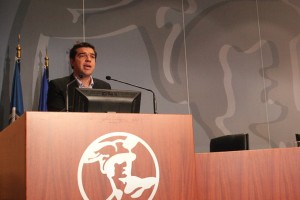 Greece may face early elections next year, depending on the outcome of a separate vote to elect a president. According to a recent opinion poll by Pulse agency, if national elections were held now, the leftist SYRIZA party would win with 29.5 percent of the vote.

“For us, Greece’s multifaceted tourism is one of the pillars for the development and productive reorganization of the country,” Mr. Tsipras said in Athens while speaking at the presentation of SYRIZA’s tourism plan for Greece.

He added that his party would not continue the current tourism model that is based on the creation of large resorts and holiday homes in environmentally sensitive areas.

“To develop our tourism we must preserve what makes it a competitive advantage, which is none other than the incomparable natural environment of our country,” he said.

The opposition leader said that if elected, he would recall the country’s privatization program and review all contracts for public land that have been granted to investors for the creation of tourism resorts.

“Based on public and social interest, we will review all contracts for use of public land that were finalized during the period of the memorandum,” Mr. Tsipras said.

“We do not agree with uncontrolled concessions of public land for the construction of holiday homes and hotel resorts in coastal areas that limit public intervention and target SME entrepreneurship.”

SYRIZA to take on all-inclusive resorts

“We do not agree with the establishment of the all-inclusive model that largely alienates tourism from the local economy… For us, tourism is primarily a matter for the local communities that live and breathe with it,” he said.

SYRIZA’s tourism plan also aims to develop the quality of special forms of tourism (medical, cultural and ecological) that are considered key to combat seasonality.

In addition, Mr. Tsipras announced plans for the launch of a public special purpose bank that will support the financing of development programs in the secondary and tertiary sectors.

He also said that domestic tourism would be supported as SYRIZA plans to strengthen the income of the average citizen. “Not only to extend the tourism season, but also to draw the average Greek out of his/her house,” he said. 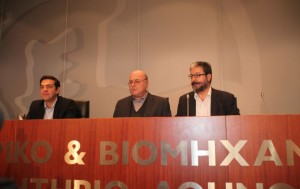 According to SYRIZA’s spokesperson for tourism, Mihalis Kritsotakis, despite the increase in tourist arrivals in Greece, thousands of small businesses are in trouble financially and some are even on the verge of closing down.

“The small and medium-sized tourism enterprises will contribute actively to the development effort of SYRIZA’s tourism strategy,” Mr. Kritsotakis said during his speech.

SYRIZA’s proposals to support the country’s SMEs include the establishment of a Tourism Chamber and its institutional cooperation with all levels of local government; the adjustment of debts of small tourism businesses that are up against high seasonality; and the reduction of Value Added Tax (VAT) rates for businesses that are directly or indirectly related to tourism.

Referring to the VAT, SYRIZA has plans for a stable and fair overall tax system that would boost development and at the same time combat fraud, tax evasion and corruption.

He said that the tourism strategy of the SYRIZA government would put a stop to the privatization program of state tourist properties and be developed through:

– the establishment of a public-social ferry service provider that would operate against monopolistic trends in coastal shipping
– the possible reintroduction of a public national carrier
– the design and implementation of a modern intermodal transport system to meet the access needs across Greece.

He also added that SYRIZA has plans to reinforce the Greek National Tourism Organization through a comprehensive promotion plan. 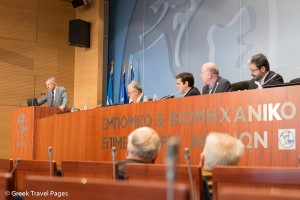 On his part, Andreas Andreadis, the president of the Greek Tourism Confederation (SETE), an umbrella association for all tourism professionals, said that he welcomed SYRIZA’s tourism plan and broadly agreed on most points except on the party’s views on Greek airports and coastal shipping.

“SETE is here to help each government… We consider SYRIZA’s plan to be a good one, but with the help of SETE it can become an excellent one,” Mr. Andreadis said.

Greece’s Hotel Chamber to Evolve into a Tourism Chamber