Greece’s Hotel Chamber to Evolve into a Tourism Chamber 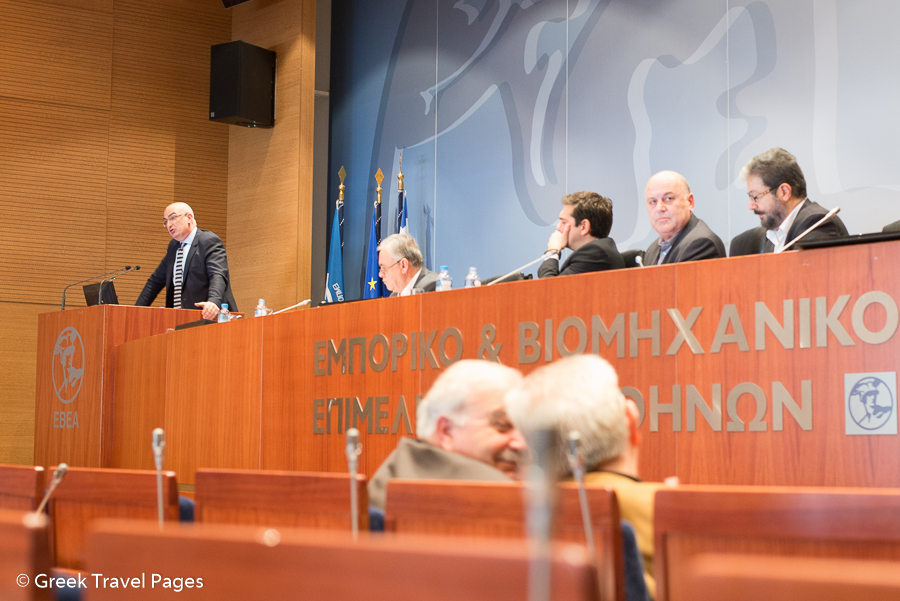 Hellenic Chamber of Hotels President Yiorgos Tsakiris during his speech at the presentation of the tourism plan of left party SYRIZA.

The decision of the Hellenic Chamber of Hotels (HCH) to broaden its membership by including Greek travel agents paves the way for the evolution towards it becoming a Tourism Chamber, the HCH president, Yiorgos Tsakiris, revealed on Tuesday, 9 December, in Athens.

The president’s statement came one day after the announcement of the agreement between the chamber and the Hellenic Association of Travel and Tourist Agencies (HATTA) that allows travel agencies to register as members.

While delivering a speech at the presentation of the tourism plan of opposition party SYRIZA, Mr. Tsakiris said that the establishment of a Tourism Chamber in Greece has been a strategic goal that goes back decades.

More into his speech, Mr. Tsakiris underlined the importance of dialogue, consultation and cooperation in tourism.

“As the institutional consultant of the state for tourism, we are the most appropriate channel for the two-way communication between businesses and policy makers,” he said.

Mr. Tsakiris also referred to the chamber’s proposals for the further development of Greek tourism that include improving the tourism product with new lucrative tourism forms to tackle seasonality; upgrading offered hotel services; supporting Greek hotels and lodges through measures that include the rationalization of taxes and Value Added Tax rates; and increasing the promotion of Greek tourism.

Hotel Chamber to Broaden its Membership to Include Greek Travel Agents