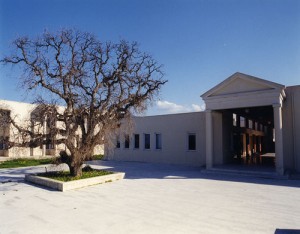 The operation of an undergraduate tourism studies program at its campus is not feasible, the University of Crete said.

According to media reports, the University authorities cited lack of funds and planning in a statement issued immediately after Education minister Andreas Loverdos and Tourism minister Olga Kefalogianni announced late last month the creation of a double tourism studies program at the universities of Crete and the Aegean.

In a joint statement, University of Crete president Euripides Stephanou and the head of the School Board Grigoris Sifakis said that Mr. Loverdos’ recent announcement for the creation of undergraduate tourism studies at the university were unfounded.

The statement underlines that feasibility of the proposed undergraduate studies program would require detailed planning, the employment of trained teaching staff, the construction of infrastructure that would host the classes and adequate funding.

The statement added that even if the above conditions were met, the establishment of such a program at the University would not be possible within the next year.

Hotel Chamber to Broaden its Membership to Include Greek Travel Agents