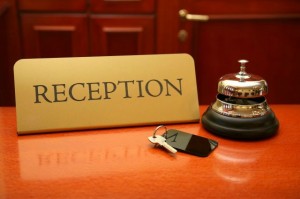 Greek Tourism Minister Olga Kefalogianni on Sunday, 7 December, expressed reservations about the effectiveness of the increase of the Value Added Tax (VAT) rate for hotel accommodation from 6.5 percent at present to 13 percent.

Speaking in parliament during the debate on the 2015 State Budget, Mrs. Kefalogianni said that a possible addition of new taxes to the tourism package and namely for hotel accommodation would not make plans for the full implementation of the national tourism plan easier.

“I am deeply concerned about the impact that it will have on entrepreneurs, workers and local communities. I have serious reservations about the effectiveness of the measure but I understand the critical moments and join the line of responsibility,” the Greek tourism minister said during her speech.

She added that she was in constant contact with all stakeholders in tourism, the Hellenic Chamber of Hotels and the Greek Tourism Confederation (SETE).

“Very soon, if needed eventually, we will be in a position to announce a specific strategy to absorb disturbances that will arise,” she said.

Mrs. Kefalogianni also said that tourism investment projects worth four billion euros were underway and said that 2015 may prove to be the year of investments for Greece.