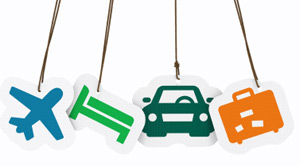 According to an announcement by the Council on 4 December, the revised directive will extend the current protection for traditional pre-arranged packages to combinations of separate travel services, in particular if sold online.

“An overwhelming majority of EU tour operators and travel agents are SMEs, which are set to greatly benefit from the reform,” the announcement read.

The council said the reform will “cut red tape and thus reduce the average cost of offering packages.”

However, the European Travel Agents’ and Tour Operators’ Association (ECTAA) and HOTREC, the European association representing the hospitality industry, stated that the proposed form of the directive would be harmful to the entire travel industry.

In an announcement, the Association of British Travel Agents (ABTA) said it was concerned that some of the changes suggested by the Council put at risk objectives set by the Commission when they launched their proposals for modernising the Package Travel Directive, namely greater clarity and transparency for consumers and a  fairer regulatory framework for travel businesses.

After adopting the “general approach” for the reform of the Travel Package Directive, the Council said it would start negotiations with the European Parliament with a view to concluding the reform “as soon as possible.”

The final stage of negotiations is called “trilogue negotiations”, where the Commission, the Council, and the European Parliament will seek to come to a consensus on changes proposed throughout this review process.

ABTA has called for careful consideration in the trilogue negotiations to ensure a balanced and workable Directive.