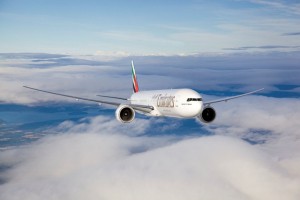 The $20 million “See you in Dubai” campaign, one of Emirates’ largest to date, is created in partnership with DTCM to reach audiences across the globe, focusing particularly on markets in Europe, Asia, Africa, Latin America and the Middle East.

“Dubai is a global hub and a global destination in itself.  From Emirates’ perspective, it is our unique differentiator. Our mission has always been to connect the Dubai to the world, and connect the world through Dubai,” said HH Sheikh Ahmed bin Saeed Al-Maktoum, Chairman and Chief Executive, Emirates Airline & Group.

Across print, broadcast and outdoor media, the “See you in Dubai” campaign will highlight the familiar as well as the unexpected experiences that Dubai has to offer, conveying the spirit of this exciting global city that is always evolving.

While most visitors are familiar with Dubai’s iconic landmarks such as the Burj Al Arab, Burj Khalifa and The Dubai Mall, the emirate provides plenty more attractions and experiences – ranging from a host of desert activities, to beautiful beaches and a wealth of water sports, to a growing arts and culture scene, and amazing cuisines that span the globe.

According to Emirates, Dubai’s success as a destination has been the result of many investments in its tourism infrastructure, with the airline itself and aviation playing a critical role in this equation.

Emirates’ fleet of modern aircraft has now grown to 230 aircraft serving 147 destinations from and via Dubai. The airline operates the world’s largest Boeing 777 and Airbus A380 fleet, offering the latest award-winning facilities in the sky and on the ground. By 2020, it is estimated that Emirates will fly 70 million passengers to and from Dubai.